Home » Blog » Why School Buses are Unsafe in Car Accidents

Why School Buses are Unsafe in Car Accidents

It is commonly believed that school buses are among the safest modes of travel on the road today. After all, these behemoths transport some of the most precious cargo in the country every day for most of the year, and their specifications and operation are regulated by government agencies funded with taxpayer dollars. Right? Not necessarily.

Driving a school bus carries tremendous responsibility and requires the full attention of the bus driver. School bus drivers are also barraged by things that can make it difficult to stay attentive and alert to possible dangers on the road.

The National Transportation Safety Board, in its “Most Wanted List for 2017-2018” stated that “To reduce crashes, injuries, and deaths, drivers must completely disconnect from an increasing variety of deadly distractions…” Some of these distractions may include:

While the use of seat belts has been mandated both by state and federal agencies for several years, at this time many school buses are allowed to legally operate on the nation’s roads and highways without mandatory occupant protection in the form of seat belts.

While those who are opposed to seat belts on school buses cite such facts as the safety statistics that are currently in place regarding school bus crashes, there are other cases that may suggest that increased protection is usually better. For instance, upon completing their investigation of a 2014 bus crash in Anaheim California, the NTSB found that the proper use of lap/seat belts by the children riding the bus was a major factor in reducing the severity of passenger injuries.

What Do the Numbers Say?

According to an August 2017 publication from the National Highway Traffic Safety Administration, 1,313 people have been killed in crashes involving school buses between the years of 2006 and 2015. Between those years, there were 324,710 motor vehicle crashes with fatalities of which 1,172 were classified as being related to the transportation of school children.

While the numbers of school bus crashes may be relatively low when compared to the number of total vehicular collisions on the road, most would agree that the numbers still need to be lower.

In order to lower those numbers, it is imperative to scrutinize the accidents that have happened and determine not only the cause of each accident but preventative measures that might have deterred the accident from happening at all.

What is the Solution?

Parents and school administrators can take action to encourage that policy and procedural action be taken to further enhance the safety of children who ride school buses. In fact, many school districts already have policies in place to address these issues, but unfortunately, the policies may not always be enforced.

What To Do If a School Bus Accident Affects You

The impressive statistics of school bus safety can quickly become meaningless to someone whose child has been harmed in a school bus accident. Since most school districts are considered to be governmental agencies, it can be difficult to hold them to the same standard of accountability as an entity in the private sector.

For this reason, it is extremely important to contact a legal professional who is experienced in dealing with entities of this type on behalf of their clients. If you are someone who needs this type of help, call our law offices today at any of our convenient locations and get a free consultation.

Testimonials
Ya’ll did a fast and great job, thank you so much!
Haleigh T.
All of the people I came into contact with were very helpful and friendly and did everything possible to get....
Read more
Travis Y.
We were very happy
Patrick and Catherine C.
Carol was great in helping me through this, she went the extra mile to get this satisfied when most others....
Read more
Chuck D.
I was very happy with the way Mr. Kohm handled my case.
Kerry F.
David Kohm got me a great settlement after my car wreck. Thanks for everything!
John D.
They gave me great service
Debora E.
I love them!
Ada L.
Mr. Kohm’s office provided me with great service! I would use them again for other legal matters.
Derrick F.
Each employee that I dealt with was very professional, helpful, and took the time to be sure I understood what....
Read more
Joey D.
powered by BirdEye
From The Blog
Car Accidents Caused by Someone Under the Influence of Drugs and How a Lawyer Can Help Posted on: June 25, 2018 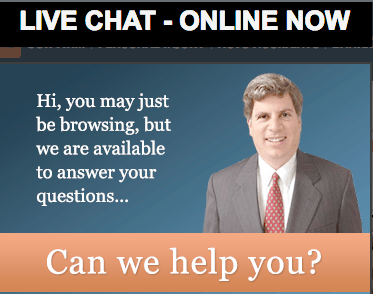