Home » Blog » What are the Custody Rights After a Step Parent Adopts a Child? A Child Custody Attorney Explains.

What are the Custody Rights After a Step Parent Adopts a Child? A Child Custody Attorney Explains.

When considering the adoption of a stepchild, it is important to think about your rights as a parent if you and your spouse were to divorce. If you have not legally adopted your stepchild, you may face trouble when fighting for custody of these children down the road. As a stepparent, you have an emotional bond with these children, but ultimately, you are not their biological parent. Legally, stepparents do not not automatically have rights to their stepchildren if they have not adopted these children. If you are a stepparent and have adopted your stepchildren, but you are now going through a divorce with the biological parent it is important that you speak with an experienced child custody attorney. 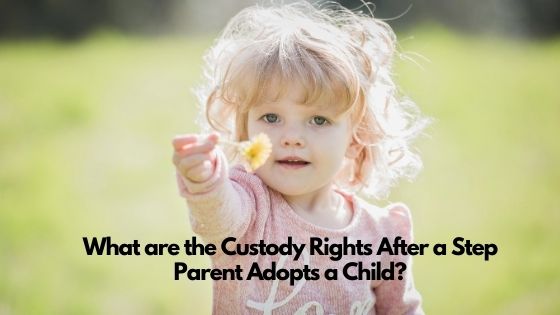 Do You Have Parental Rights if You are the Adoptive Parent?

If you have adopted your stepchildren, then you are also their legal parent and have the same rights regarding custody as the biological parent who retained their custody of the children. If you and your ex-spouse divorce, then the discussion of child custody is essentially the same as that of two biological parents. However, it is important to note that when adopting stepchildren, there is an extensive process which involves litigation and can become contested if both biological parents do not consent. Additionally, the adoption of a stepchild removes the responsibilities of a non-custodial parent, including their responsibility to pay child support. Once you have adopted your spouse’s children, you are then legally responsible and entitled to the same rights as a biological parent. Therefore, in the event of a divorce an adoptive parent could potentially pay child support for their adopted children to the biological parent.

Even if one parent wins primary physical custody of the child, both of the parents are still the child’s parents. Even if a parent occasionally misses parenting time or child support payments, as long as they have some involvement in the child’s life, even just financially, the court is unlikely to terminate a parent’s rights in favor of a stepparent. The courts presume that it’s best for a child to have a strong relationship with both of their parents after the divorce.

In addition to their physical absence, they must not have provided any financial support during that time. The court may schedule hearings and accept evidence in order to decide whether to approve the adoption.

Do I Need to Pay Child Support if I am an Adoptive Parent?
Whether or not a parent has to pay child support depends on what the court determines to be in the best interests of the child. If you are an adoptive parent, you are considered the same as a biological parent.

In determining the best interests of the child, the court will consider evidence relating to a wide array of factors including: physical and emotional needs; physical and emotional danger; stability of home; plans for child; cooperation between parents; parenting skills; who was the child’s primary caregiver; the child’s preferences if the child is 12 or older; geographic proximity of the children; keeping siblings together; false reports of child abuse; and fitness of each parent (including abuse, physical force and family violence).

Typically the parent who is awarded the right to designate the primary residence and/or has possession and access to the child a majority of the time is the recipient of child support.

If you would like to speak with an experienced child custody lawyer, please call our law offices today at any of our convenient locations and get a free consultation.

Testimonials
From The Blog
An Arlington Divorce Attorney Explains: What Are Three Types of Spousal Support in Texas? Posted on: November 8, 2022

Newly married couples starting to build a new life together will soon realize that taking care of a  home and young children is no small feat. This may lead to one person leaving their job to be a full-time homemaker. This may benefit the marriage and the children, but in …Read More »

Does My Child Have to be Interviewed During a Child Custody Case? Posted on: November 6, 2022

One of the most challenging aspects of divorce is deciding who will have custody of the children. The courts use many factors to determine the ideal arrangement, but the most crucial consideration is the child’s best interests. Several elements contribute to what a court finds is in the child’s best …Read More »

Have You Been Accused of Child Abuse or Neglect During Your Divorce? See How a Divorce Attorney Can Help. Posted on: June 27, 2021

Numerous guardians are stunned to discover that their life partner, previous companion, or co-parent has blamed them for manhandling their youngster. Albeit this is disturbing, it is very not unexpected for guardians to be dishonestly blamed for kid maltreatment during care cases. In the present circumstance, a dishonest indictment can …Read More »

Learn How a Child Support Attorney Can Help You if You Believe the Child is Not Your Offspring Posted on: May 8, 2021

When paternity is in question, it can send families into a spiral. Many couples find themselves divorcing over the mere question of whether or not the kid is that the husband’s. For unmarried men, who may or might not be the daddy of the kid in question, the legal road …Read More »